Free online Bible studies and other resources for spiritual growth.

You are here: Home / Thoughts / Intolerant Calls for Tolerance – Why the World Hates Christians 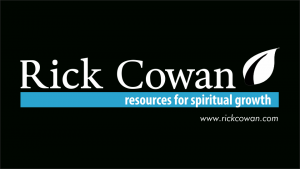 The priority of this world is to freely indulge in the basest of its fleshly, animalistic desires and impulses. They see God, Christ, the Bible and Christians as those who would deprive them of this right and so respond with absolute rejection. They understand God as a moral law giver, but they will not be governed by any moral code outside of that which they devise themselves. They rage against the concept of God’s authority because, to them, there is no authority outside of their own desires.

As much as man would reject God and his moral law – in favor of libertinism, there is one thing that he can’t escape. He can’t remove God’s moral law from his heart. Even those in the depths of sin have a sense of sinfulness. In fact this innate awareness of what is sinful and what is not, is often what drives God’s rejecters even further into sin. As an affront to God and a show of open and absolute rebellion, they continue in all that they know God abhors.

One may think that a society in which all men are able to do whatever they wish (without “hurting others” of course), would be an ideal arrangement. “As long as you don’t bother me, I won’t bother you”. “If you won’t judge me, I won’t judge you”. There is a problem with this however. God governs the universe whether we recognize Him or not. His moral law, rooted in his very character, will always exist. Even if society silences those who would preach the gospel and vilifies those who expose sinfulness they cannot escape the universal law of God written in their hearts. Their consciences continually betray their claims of freedom from God’s moral law.

The fact that man ultimately cannot escape the truth of God’s universal rule is often what leads to the brutal persecution of His people. Sinners begin by attempting to silence the voices of opposition. They claim they only desire “tolerance” of their sin. Yet toleration does not soothe their conscience. So, demands for tolerance soon escalate to demands for “acceptance”. Once their sinfulness is largely accepted by society, their conscience still bears witness against them. They then move from demands that others passively accept their sin to demanding that all actively embrace and promote their sin.

This mission for acceptance, tolerance, and promotion are simply futile attempts at soothing their consciences. Yet their conscience is not soothed. It betrays them. It reminds them that there is a moral law higher than their own desires. And with that moral law comes a moral law giver. Their conscience exposes their sinfulness as more than simply an exercise of freedom. It reveals it for what it is, open rebellion against a moral God.

Sinners are unable to escape the reality that is God’s ruling moral code and so lash out at all that they see as representing His authority. Soon, the very existence of those who hold to God’s moral code, becomes unacceptable. Throughout history, this escalation of sinfulness in a society has repeatedly lead to the rejection, persecution and even execution of God’s people.

So, calls for the tolerance of sin ultimately leads to intolerance of God’s people. Calls for acceptance of sin turns to rejection of Christians. The demand that sin be embraced is accompanied with demands that God be hated. The ultimate goal of sinners then is not tolerance and acceptance but freedom from God – something they will never attain. Until they realize this, all that is godly will be targets of their sin-soaked hatefulness.

Rick is the pastor-teacher at Calvary Baptist Church in Windsor, Ontario. Rick grew up in the Windsor area and has remained at CBC since the day he received Jesus Christ as his Lord and Saviour in 1996. Rick has authored two Bible study books; “Membership Matters” and “Heart Matters”. Rick is married to Rebekah and together they have six children.